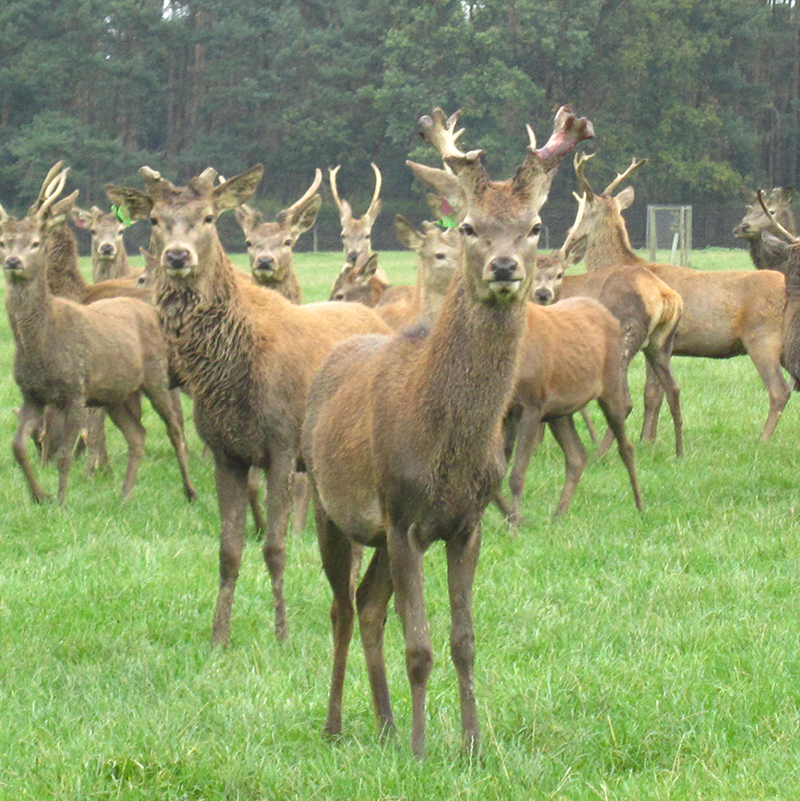 Can the UK venison market keep up with the growing demand?

Can the UK venison market keep up with the growing demand?

With the growing trend in healthier, alternative foods and the use of it on many restaurant menus, venison is becoming more and more popular as an everyday food for the general consumer.  But can the market keep up with the demand?  At the moment the UK imports around a third of the venison it consumes, yet exports a third of the venison it produces to Europe (mostly roe deer).  If demand continues to increase as it is, UK imports will need to double.
Most consumers in the UK want UK produced venison which means the number of deer farms will need to increase to support this. This is happening slowly since the Scottish Government has been supporting deer farming initiatives but it needs to increase more.
The reason for this growing trend in eating venison is due to the fact that it is a much healthier alternative to beef or lamb.  It is full of flavour, rich in iron and anti-oxidants yet much very low in fat and cholesterol.  It is also appearing on many restaurant menus and TV Chef programmes, meaning people want to try and cook it at home.
Farmed venison is being used much more now as well because it is a more consistent quality.  The meat from farmed deer comes from animals less than 27 months old, meaning it is tender to eat (after this age the meat, in males especially, becomes much tougher).  This is perfect for restaurants who want a consistent dish on their menu, and also people who are new to venison as the flavour is much milder than the gamey flavour of wild venison.
The word venison is more a broad term that covers all species of deer.  Holme Farmed Venison farm red deer which offer a bigger choice of cuts as these are larger deer.  Most of the deer which the UK exports to Europe are roe deer as the UK has less of a demand for this species but maybe, and hopefully, this is about to change, especially as wild deer is now sold by its species rather than just as venison and will give people the chance to try different varieties of venison. Below is a list of the major deer species which are hunted and farmed around the UK.
Red: This species is native is native to the UK and are predominately found wild in Scotland and south-west England. They are the largest land mammal in the UK, weighing from around 60-90kg.  The meat is very dark and is the meat used by HFV for our farmed venison. Due to the size of the animals they offer many different cuts of meat.
Fallow: A UK species that have been around since Roman times.  They have distinctive antlers like that of a moose and are herd deer, weighing around 55kg. Their meat is grainy but not too strong.
Muntjac: The smallest species of deer, originally from Malaysia. They were brought to the UK in the early 20th century but are now widespread and increasing in numbers and range.  They weigh from around 8kg and have no fixed breeding season. The meat is a bit like lamb - firm with very fine grain.
Chinese Water Deer: This species is different as they have tusks but no antlers. They are a small breed weighing only around 11-18kg and are mainly found around the wetlands of Cambridgeshire and Norfolk as well as Bedfordshire.  Their meat is very like lamb as they have a thick layer of fat on them.
Roe: A native breed to the UK and they are now very widespread across the UK, although they did nearly become extinct in the 1700s.  They weigh from around 16kg and offer a mild, tender meat which is very easy to cook.
Sika: This species is originally from the Far East but was introduced to the UK around 1860. They weigh from around 35kg and offer a firm, dark meat.
So in conclusion the venison market is growing rapidly and in order to support this growth we need more and more deer farms, as well as more imports.  Venison is the meat of the moment and if you haven’t already tried it give us a go and have a look at all the cuts we offer - www.hfv.co.uk
Share on Facebook Share on Twitter Share on Pinterest
We use cookies on our website to give you the most relevant experience by remembering your preferences and repeat visits. By clicking “Accept”, you consent to the use of ALL the cookies. However you may visit Cookie Settings to provide a controlled consent.
Cookie settingsACCEPT
Manage consent