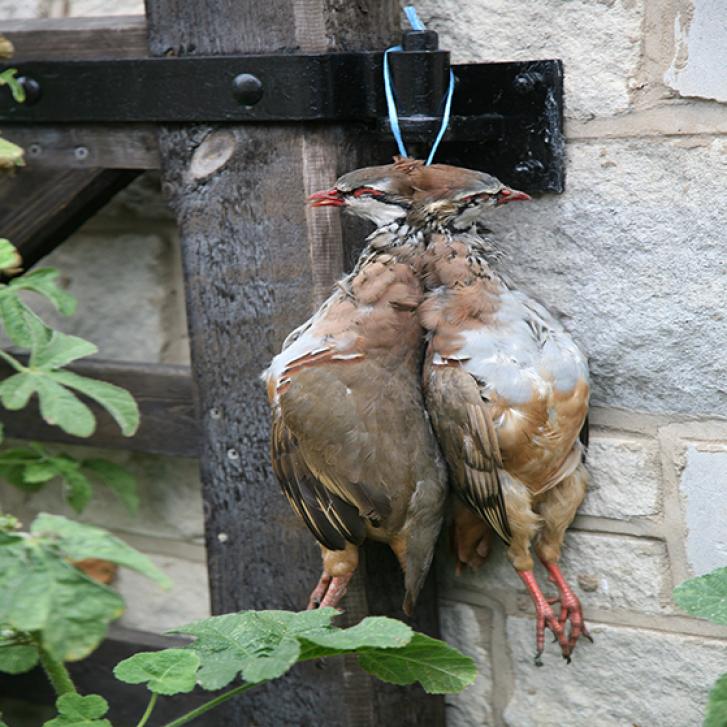 It’s the start of the game season!

It’s the start of the game season! Game meat is wild, natural and free range with a distinctive flavour making it a great alternative meat. As its low in cholesterol and high in protein game meat is also one of the healthiest meats available today.
Although the term “game meat” includes venison it also includes things like grouse, partridge, rabbit, pheasants and wood pigeon….in fact any meat that is caught wild.
As well as award-winning venison we also supply a selection of game meat. All our game is fresh, in season and primarily gathered from estates in North Yorkshire and the local area – areas rich in game.
All year round, pigeon, rabbit and certain varieties of venison can be found in the butchers, supermarkets and on the menu of restaurants. However it is during the open season when game really makes an appearance and when it is best eaten.
The following is a list of some of the game we can supply and the seasons they are available* for:
Pheasant
The pheasant is the most plentiful of Britain's game species and the best known. A large, long-tailed game bird, they were introduced to the UK long ago and more recent introductions have brought in a variety of races and breeds for the shooting season. The lean, gamey meat of a brace of pheasants makes for a tasty autumnal treat and when cooked with care will offer a deliciously succulent meal.
The season for pheasant runs from the 1st October to the 1st February.
Partridge
There are two species of Partridge in Britain - the native grey, often called the English, and the French or red-legged. The red-legged partridge or the French partridge is much more readily available and was first introduced to Britain in the 1600s by Charles II, having brought them from France. They have a slightly milder flavour to the grey legged partridge but are also delicious simply roasted with autumnal flavours.
The season for partridge runs from the 1st September to the 1st February.
Grouse
Medium to large-sized ‘gamebirds’, grouse look somewhat partridge-like. Grouse is a rich, tasty, coarse meat that owes its flavour to the heather the birds graze on. It is generally found in the wilds of Scotland, Northern Ireland and on the heaths of northern England. Of all the feathered game, grouse is considered the king - hence the first day of the grouse shooting season, 12 August, being named The Glorious Twelfth.
The season for grouse runs from 12th August to the 10th December
Woodpigeon
The UK's largest and commonest pigeon, it is largely grey with a white neck patch and white wing patches, clearly visible in flight. It is one of the most popular species for sport shooting and is generally considered the tastiest and meatiest of all the pigeons. Being cheap and readily available, wood pigeon is a game bird that's well worth discovering. They are a meaty bird with a distinctive gamey flavour and rich, deep-coloured meat.
The season for wood pigeon runs all year round.
Rabbit
Rabbit is a traditional game meat and is widely available throughout the year and has no close season. The meat is very low in fat and can be used in a wide variety of recipes and is especially good when casseroled.
As they have very little natural fat they are perfect covered in bacon or marinated overnight. Being such a traditional wild game meat there is an abundant of recipes available for rabbit.
There is no close season for rabbits.
*each will appear on our website when available.
Share on Facebook Share on Twitter Share on Pinterest
We use cookies on our website to give you the most relevant experience by remembering your preferences and repeat visits. By clicking “Accept”, you consent to the use of ALL the cookies. However you may visit Cookie Settings to provide a controlled consent.
Cookie settingsACCEPT
Manage consent