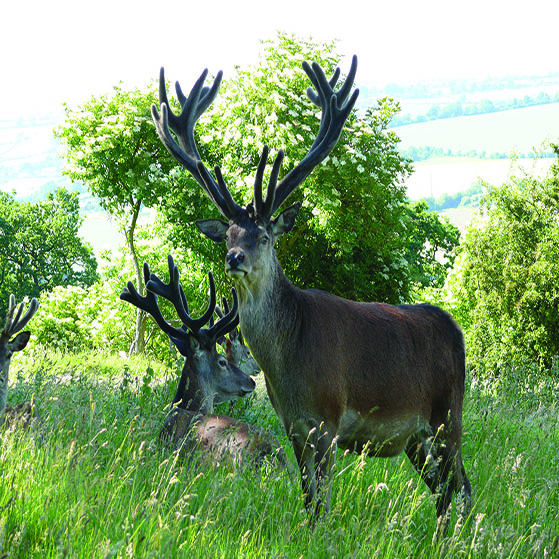 Venison's march into the meat mainstream continued with the launch of an SFQC-backed assurance scheme for deer raised and finished using park systems.
The British Deer Farms and Parks Association said the scheme would encourage best practice for the park industry, while also increasing retailers' and consumers' confidence in meat produced in this way.
In the middle-ground between wild deer on an unbound hill, and farmed deer on an in-bye field, park-raised deer hark back to feudal history when game hunting rights were held by the monarchy alone, and the creation of a bound area of wild land required royal decree.
The practical modern-day upshot of that heritage is that park venison is one of the few meats that can be humanely and legally produced without recourse to an abattoir.
The new assurance scheme seeks to harmonise the system with the meat production standards expected by modern retailers, covering various aspects of deer management and carcass handling.
SFQC's technical advisor Jonathan Whitehead explained: "Public demand for venison is at an all-time high, with recent data released from market analysts Kantar Worldpanel showing that venison sales have rocketed by 413% year-on-year - from £1.2million in 2013 to £6.4million last month. While suppliers in the UK are trying to meet demand, retailers are also under more pressure than ever before to ensure the meat they buy is of the highest possible quality.
"This scheme aims to encourage best practice with deer park owners and managers - enabling them to improve standards and get the most from their herds while also satisfying retailer concerns. Similar assurance schemes for traditional livestock have resulted in both improved welfare of the animals as well as the price owners get from their stock. Hopefully this scheme has similar benefits."
BDFPA president Nigel Sampson added: "Every year Britain imports around 30,000 venison carcases from New Zealand and European deer farms. Park venison could help to reduce the dependence on imported products while also helping to grow a British industry."
Commenting, the Scottish Venison Partnership's secretary, Dick Playfair, said that it fully supported the BDFPA's new scheme. "This compliments the successful Scottish Quality Wild Venison Scheme which has been running now for around 12 years, and covers the production of around 75% of venison from Scotland's wild deer," said Mr Playfair.
"As other streams for venison production develop, specifically from farms and parks, then this additional measure will give greater integrity to the park deer sector. Its launch is timely in that it precedes 'phase 2' of the SRDP/ScotGov funded Deer Farm and Park Demonstration Project," he added.
Share on Facebook Share on Twitter Share on Pinterest
We use cookies on our website to give you the most relevant experience by remembering your preferences and repeat visits. By clicking “Accept”, you consent to the use of ALL the cookies. However you may visit Cookie Settings to provide a controlled consent.
Cookie settingsACCEPT
Manage consent