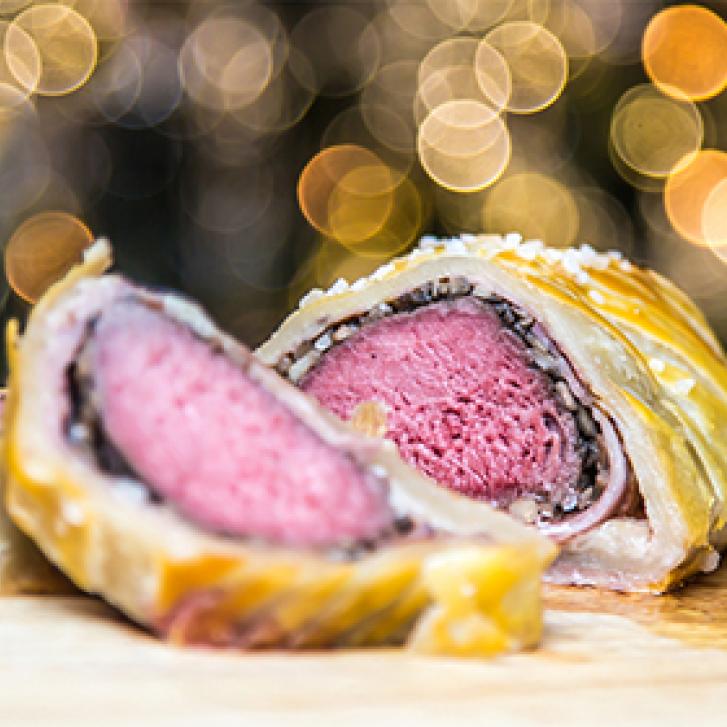 Something different for Christmas dinner perhaps?

Something different for Christmas dinner perhaps? Thinking of cooking something different this year for Christmas dinner? The Christmas dinner is becoming less and less the “traditional” roast turkey as times change and food is influenced by international dishes, new cooking styles and celebrity chef recipes.
Over the centuries Christmas food has changed from the medieval 12 days of feasting including three-bird pie, to the Georgian period which included legs of pork, beef and game, to the Edwardian period which would have been roast beef. The roast turkey that we most associate with our “traditional Christmas dinner” only really became mainstream around the 1960’s due to the American thanksgiving dinner influence.
Christmas dinner has always been about cooking something that you don’t often have, about pushing the boat out and having a feast, so why not make a change and cook something alternative? A beautiful venison loin or rack is sure to wow your guests and being a British game meat still has the traditional feel surrounding it.
We have put some wonderful festive recipes online to give some inspiration:
Share on Facebook Share on Twitter Share on Pinterest
We use cookies on our website to give you the most relevant experience by remembering your preferences and repeat visits. By clicking “Accept”, you consent to the use of ALL the cookies. However you may visit Cookie Settings to provide a controlled consent.
Cookie settingsACCEPT
Manage consent