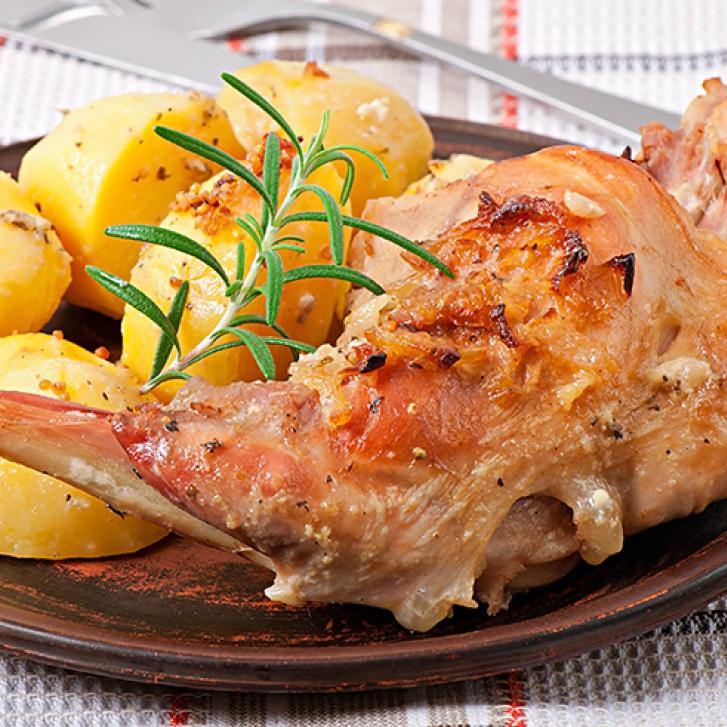 The rise of the rabbit

The rise of the rabbit

With celebrity chefs now using it all the time and being a regular fixture in many high-end restaurants, rabbit is making a fashionable revival.
For years rabbit was seen as the poor substitute for chicken and was last widely eaten during the second world war.  It then pretty much disappeared from many British dinner tables in the 50s and 60s as red meat became more popular but it is now making a big comeback and it’s easy to see why.   It contains the least amount of fat compared to all other white meats, is almost cholesterol free, is high in protein and is cheaper than beef or chicken as well as having a delicious distinctive flavour.
It’s easy to cook as well!! There are a vast selection of recipes available online but here’s an easy one of ours using our a packet of our diced rabbit.
Diced rabbit casserole
Here at Holme Farmed Venison we offer whole rabbits as well as diced rabbit which you can order online or our diced rabbit is also readily available at Sainsbury’s supermarkets.
Give it a try today - I'm sure you'll be converted!!
Share on Facebook Share on Twitter Share on Pinterest
We use cookies on our website to give you the most relevant experience by remembering your preferences and repeat visits. By clicking “Accept”, you consent to the use of ALL the cookies. However you may visit Cookie Settings to provide a controlled consent.
Cookie settingsACCEPT
Manage consent