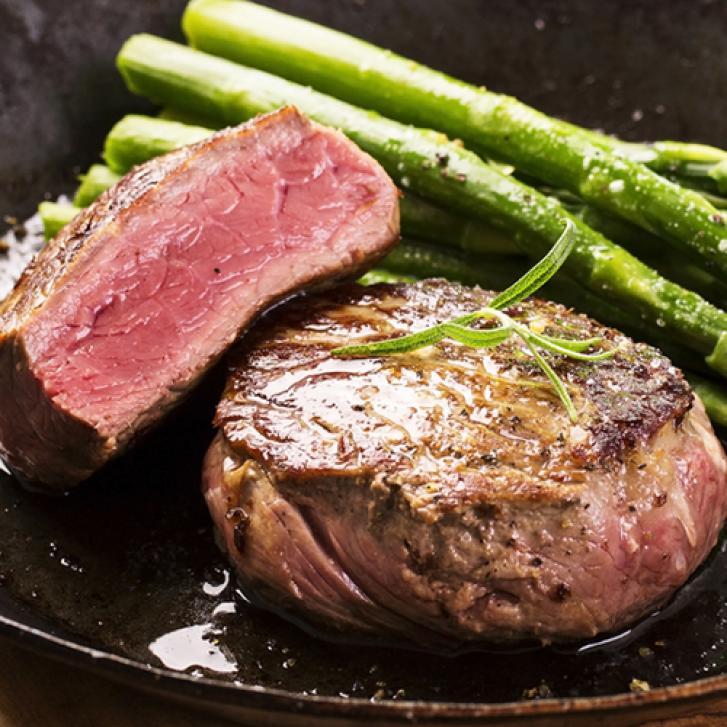 Why we are all eating more venison

Why we are all eating more venison

So despite the UK’s rather tame meat-eating habits (most of us only eat chicken, beef, pork and lamb), venison sales have soared by 400% in a year. So large is this increase that thescottishfarmer.co.uk says that Scotland needs 400 more deer farms within the next decade just to supply this rapidly growing market. A report by Mintel states that one in four of us has now eaten game and a further 41% are willing to try it soon.
This growth can be attributed to the continued promotion of venison and game by celebrity chefs and restaurants and also by the fact that it is becoming increasingly recognised for its health benefits. Venison is full of iron and vitamins, it is low in carbs and also in fat and cholesterol – making it one of the healthiest meats available.
In light of this, Sainsbury’s alone are doubling their venison range for 2016. Master butcher at Sainsbury’s, Julien Pursglove, who adores venison, said “Venison is naturally low in fat, high in protein and really rich in minerals. It offers a good alternative to other red meats, while also being packed with flavour so is a popular choice for a leaner protein option”.
Another reason is that the preparation of venison has progressed over the years. It used to be always wild, shot in the rutting season and hung for ages thus giving it a very gamey flavour and would need long, slow cooking. However nowadays a lot of venison is sustainably farmed like ours. This makes the meat less gamey and more consistent. It also means that it can be eaten like any other red meat…..as steaks, in burgers or sausages, minced, roasted or still slow cooked. A good venison steak can taste not so dissimilar to beef yet with all the added health benefits making it a fantastic alternative.
So it appears that gone are the days when venison was kept for a special dinner party or only ordered in a restaurant. Whether you are cooking a mid-week supper, a dinner party or for a quiet night in, venison can be used. There is a cut of venison for every traditional recipe as well as some new adventurous ones. Have a look at all of ours and see for yourself how versatile this meat really is.
Referenced articles:
The Telegraph - “Venison sales soar: why we're all eating this healthy meat”
Farming Life – “Game: a tasty and healthy alternative to lamb, chicken, beef or pork"
Share on Facebook Share on Twitter Share on Pinterest
We use cookies on our website to give you the most relevant experience by remembering your preferences and repeat visits. By clicking “Accept”, you consent to the use of ALL the cookies. However you may visit Cookie Settings to provide a controlled consent.
Cookie settingsACCEPT
Manage consent